Five years to the day, on hold, waiting to hear the results of another scan.

Is the MRI accurate? What does mean? Will life once again turn upside down?

Last week my precious mother received the results from an MRI showing a spot on a vital organ. She was called back for an ultrasound this past Tuesday. As of Friday morning we still had not received the results which was unsettling as you might well imagine, for our family, at least! My mother, on the other hand has been a remarkable testimony of faith and grace. Fortunately, she was scheduled to see one of her favourite doctors today regarding a completely different matter related to anemia which, by the way, he remarked that she is doing so well in that department that she may not even need a doctor anymore!

Her visit was only a checkup but he also happens to be an oncologist so when he learned that my mother has been waiting all week to receive these results, he compassionately moved on it quickly. Within a few minutes he acquired the results and then thoroughly reviewed the ultrasound with us.

“Yes, it is completly clear!”

Evidently what was seen last week during the MRI is either now gone or was a false positive. His professional, expert opinion is for her to disregard further testing at this point. He indicated that unless something else unforseen happens, she can rest easy knowing that this is most likely nothing to be concerned about. (It is no coincidence that the L-rd provided that specific scenerio for us to learn the outcome of the Ultra Sound on May 5th since it could have gone either way. Mother felt confident, comfortable and at peace in his office and we are grateful.)

Meanwhile it is important to note that five years ago today Jack Weil received an almost identical scenario with two spots on a scan which changed life forever, it seemed.  I vividly remember  his doctor saying to us on the conference call during that rainy afternoon in May,

Jack we don’t know what you have.  Just because you have two spots on a scan, until you have a biopsy, we still don’t know. It could be anything.

Unfortunately, at the time there was an agency promoting a program stating thay could help individuals get back to a ‘healed, well and independent life’. He called that particular agency but was dead 30 days after they came aboard.

Shortly before he died, Jack told me that the Holy Spirit revealed to him that he indeed had ALS. However it is imperative to note that ALS did not take Jack’s life. Something much worse did…His Choice to LIVE  was denied.

In fact, G-d healed Jack of ALS symptoms many years before and he went on to live an independent and full life . The  delibitating symptoms were kept at bay for over 25 years.   His story gives testimony of G=d’s miraculous healing, power and grace.

Will you be committed to Love, Light and LIFE?

BETROTHED will be available until May 8th as a testimony and legacy to Jehovah G-d who is our healer and giver of life. G-d and G-d alone determines when life begins and ends.

Protect those you love. Knowledge Is Power. 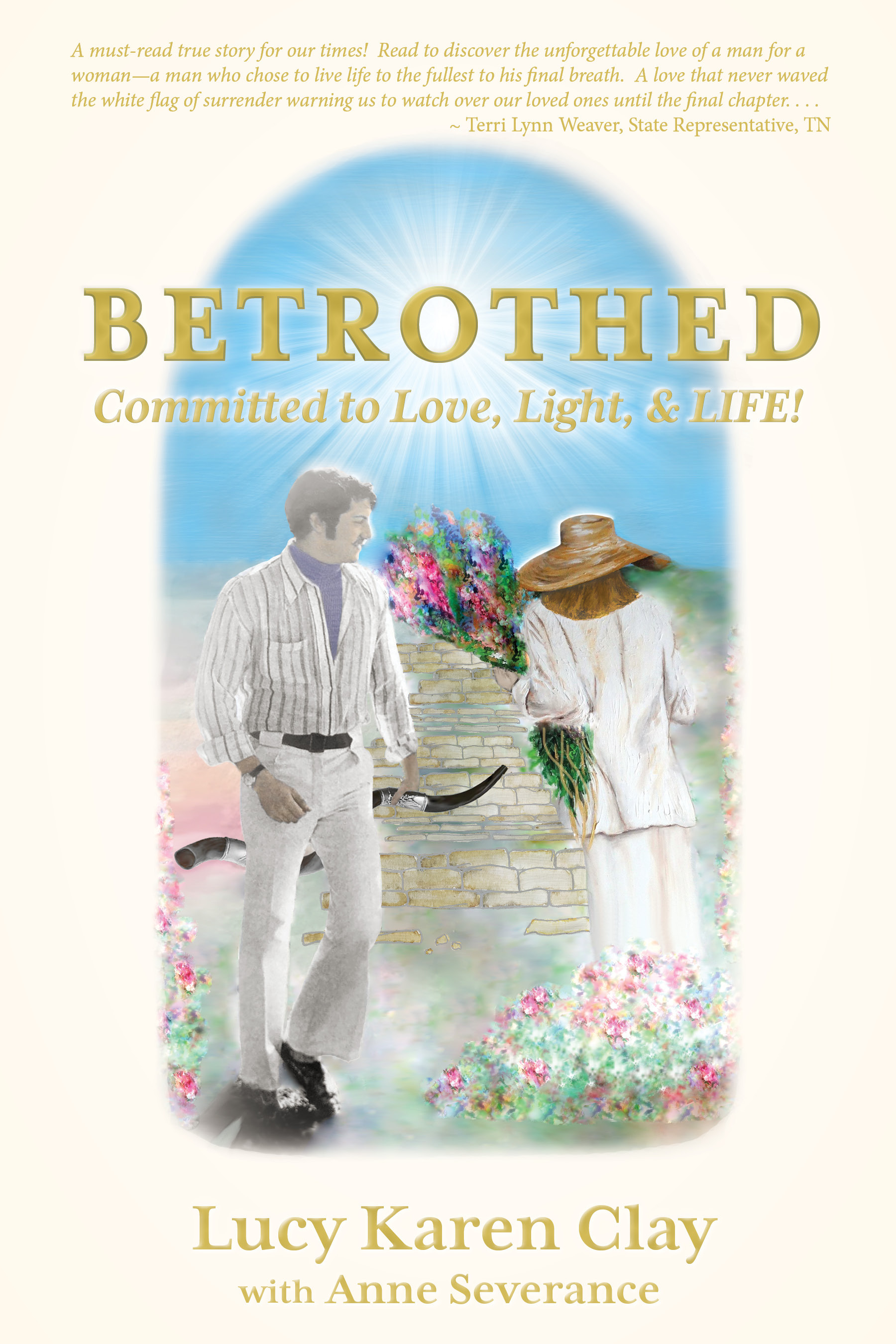 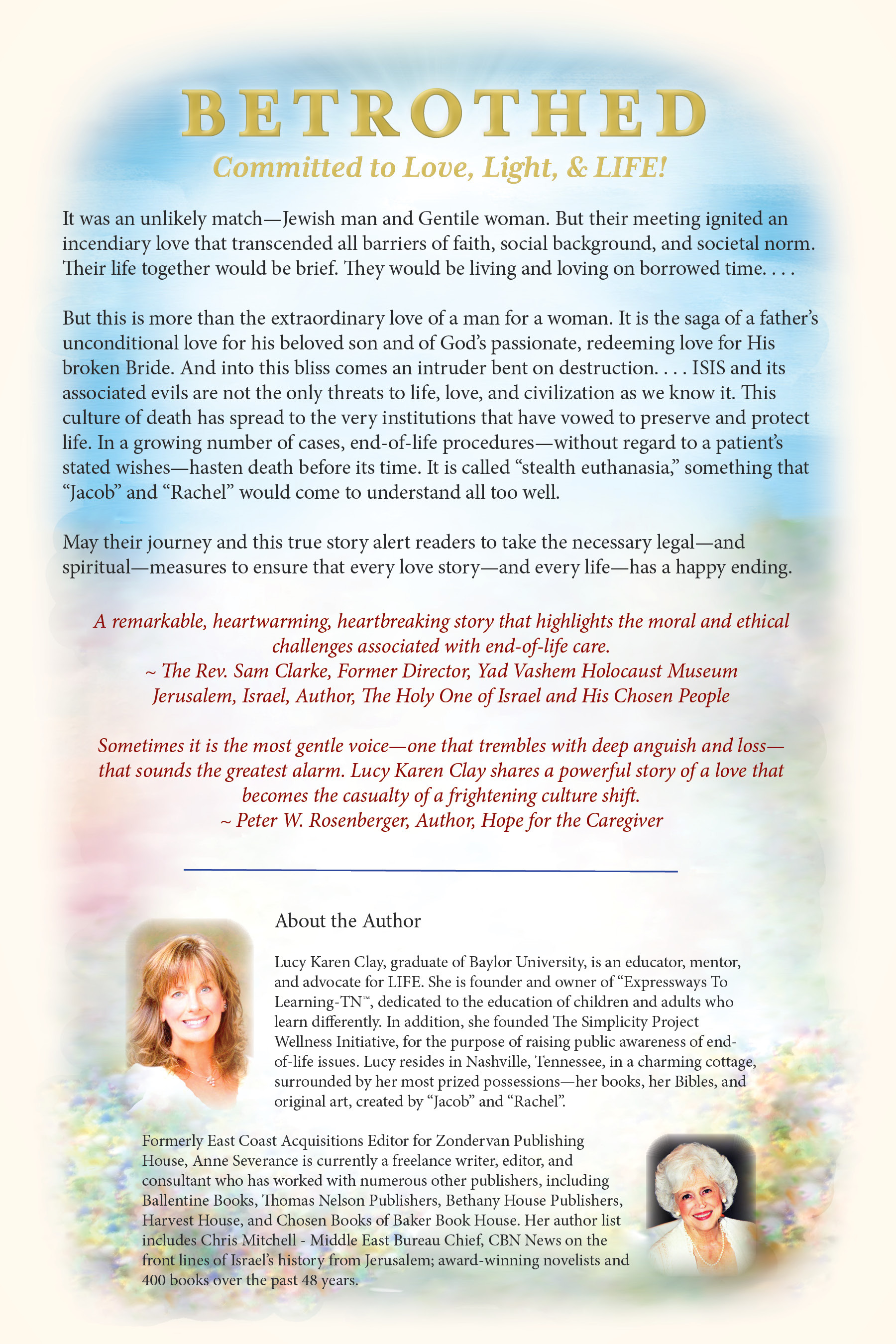 Many thanks for all who have prayed, encouraged and supported The Simplicity Project

Phase I and Phase II

Simplicity ~ When LIFE Gets Complicated!