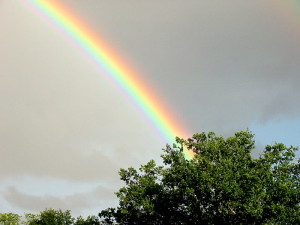 Last week my father called  while I was  with a student.  Dad’s voice sounded really upset so I listened further to hear what was going on. He shared that the son of one of his best friend’s  was just diagnosed with cancer. Dad had an amazing opportunity to work with a hand full of other men whose bond was somewhat like brothers throughout their careers selling baseballs and bats for Worth Sports Company. These guys love each other.  They may have been tough on the ball field in their day but at their core, they are as tender as they come.  Jim Ray and his family are salt of the earth.  We love them and our hearts are breaking now to learn this news that Jay Ray has been at Vanderbilt Hospital now for several weeks He is in the midst of testing to determine the next step.  After hearing the news, I sat quietly and pondered how to move forward with my appointment.  My student, Samuel, is a believer who is in his late 20’s and deeply committed to the Lord. I asked him if he would join me in prayer for our friend Jay that God would surround him with ministering angels to comfort and protect him along with his family and to give his doctors supernatural wisdom discernment as they treat him.  We also agreed that Jehovah Rapha our Healer would fill Jay with his unmistakable Presence to vaporize anything toxic that is not of Him.  After we prayed, God’s peace was evident and I was so grateful that the Lord provided Samuel to lift him up with me and be present when I learned the news.   “Again I say unto you, That if two of you shall agree on earth as touching any thing that they shall ask, it shall be done for them of my Father which is in heaven.” Matthew 18:20.   We then agreed that the next time we meet we will give God glory for what he has done in Jay’s life.  About an hour later, I was on my way home from Miss Daisy’s Kitchen where I stopped for a cup of coffee just before the downpour. Traveling North on Hillsboro road before my very eyes to my right was the most beautiful rainbow.  As only GOD would have it, at the end of the rainbow, the “Pot of Gold,” was right at Berry’s Chapel Road, exactly at the spot where Jay grew up.  Oh, how our Lord loves to speak to us and be very clear and on time and loving.  I called my father to tell him and as soon as I did, the rain stopped!   A message of Hope for Jay Ray.

This is the link for Jay’s Caring Bridge site.  Please continue to keep him and his family in your prayers.  You may connect with him by typing his full name Willam Jay Ray III.