Introducucing one of the twelve honored guests for  the evening. . . . . 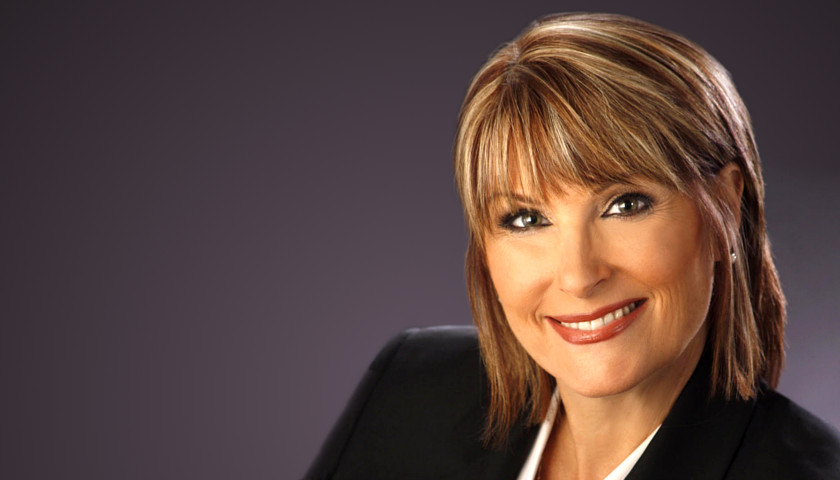 Laurie Cardoza-Moore’s impact as a respected thought leader and recognized voice of support for Israel on the global stage is now entering a second decade in her achievement of significant results.

As the Founder and President of Proclaiming Justice to the Nations (PJTN), she has tirelessly devoted the efforts of her organizational reach to cast a powerful focus on educating and activating Christians on their biblical responsibility to stand with their Jewish brethren and the State of Israel.

With both a background in media and film production and with an extensive experience in private enterprise, community advocacy initiatives and grassroots mobilization, Cardoza-Moore’s strength of leadership has been the undeniable key to the growth of PJTN over the last decade.  From its organizational inception in 2005, PJTN has to date reached more than 200 nations and an estimated 800 million potential viewers with award winning television and film productions highlighting pro-Israel messaging.

As an early agenda, Laurie’s efforts were responsible for the secured passage of HJR 960, a resolution to support the State of Israel in The Tennessee State General Assembly. Building on that success, she has since led strategic PJTN initiatives for Israel’s interests in 47 States across America as well as in 11 foreign nations.

In 2017, PJTN’s Campus Community Project will focus a strong lens on both the anti-Boycott, Divestment & Sanctions (BDS) movement against Israel that is receiving global attention as well as on further combating the alarming rise of increasingly violent incidents of anti-Semitism, both on US campuses and abroad.  The strength behind the strategy of PJTN is Laurie Cardoza-Moore’s ability to educate, energize and mobilize the grassroots power of her support base –PJTN Watchmen –who number in the thousands—to take action in support of Israel and to educate their individual legislators on important policy to positively impact the agenda at hand .

Laurie Cardoza-Moore has been a leading voice nationally in spearheading the formation of a coalition to expose the anti-Semitic, anti-American, anti-Israel and anti-Christian content in American textbooks K-12.  From her grassroots efforts in Tennessee, the coalition identified flawed textbook review procedures and conceived methods recommended for local communities nationwide to effectively review and call for corrective changes through legislation to protect the integrity of messaging for educational materials being utilized by America’s children.  She remains committed to this ongoing campaign.

Accolades and awards for her work have been notable and frequent.

She has been awarded both the “Friend of Israel Award” by The Center For Jewish Awareness and the “Goodwill Ambassador to Israel Award” given by Israel Consul General based in Atlanta.

In 2017 she was named one of the “Top 100 People Positively Impacting Israel” by America’s fastest growing Jewish newspapers online, Algemeiner.

She currently serves at the request of The World Council of Independent Christian Churches (WCICC) as a Special Envoy to the UN in support of Israel’s interests for their more than 800 million Christian participates.

In a move to harness media content production as a central force for her messaging, Laurie initiated PJTN’s production of an episodic TV series, Focus On Israel, which is now seen globally on a major programming schedule of more than a dozen Christian affiliated over-air and satellite networks including God TV, Daystar and Total Living Network. Relevant with today’s headlines, the now award winning series sharply focuses a 30 minute segment devoted to exploring and educating viewers on various aspects of Israel’s history, cultural importance and current challenges facing both the land and the Jewish people.

Laurie serves as a key member of the President’s Council of The National Religious Broadcasters, (NRB), steering organization of the annual NRB convention which draws the topline of worldwide  Christian broadcasters and media professionals.  Central to her involvement is the presentation annually since 2006 of PJTN’s International Christian Prayer & Action Event for Israel which serves as both a major organizational fund raising effort and an ambitious outreach in taking the core message in support of Israel wider through media.

She is the recipient of an Honorary Doctorate Degree in Theology from the Latin University of Theology in recognition of her commitment to the veracity of the Holy Scriptures and God’s Covenant to Israel and the Jewish people.

Paramount to Laurie Cardoza-Moore’s global initiate to educate and activate Christians on their biblical mandate to support Israel is PJTN’s creative focus on the in house in production of unique documentary films. Their initial release (2006) of Lest We Forget, focused on the history of Islamofachism and the war the US and Israel have waged.  It received honors that included both Emmy and Telly Award recognition as well as a feature selection at the Liberty Film Festival. The release of TheForgotten People: Christianity and the Holocaust (2009) was meet with critical acclaim for its painstakingly crafted re-visit to the roots of anti-Semitism, the rise of Nazi Germany horrors, and the birth of a “new” anti-Semitism, formed from a coalition of far right, the left, and radical Islam influences.  Israel Indivisible: The Case For The Ancient Homeland (2013) provided the irrefutable answers to the loudening drumbeat of the world to divide the nation of Israel. The in-depth focus on the historical, archeological, legal and biblical rights of the Jewish people to their ancient homeland brought wide media attention and resulting honors that included a Telly Award, a Gold Award from the International Independent Film Awards, as well as Emmy Award consideration.  To date, PJTN productions under the creative direction of two time Emmy Award winning director Stan Moore have earned more than 20 major awards of excellence in the film industry.

2017 will mark the release by PJTN of Boycott This!a film documentary that embarks ona worldwide exploration to expose truth and educate viewers on the rise of a new wave of anti-Semitism being aimed at Israel through the Boycott, Divestment & Sanction movement (BDS) being seen globally.

She has been seen and heard by millions in her frequent  media guesting on outlets such as Fox News, CNN, as well as on major Christian and mainstream TV and  radio outlets too numerous to mention.

From the Vatican to Washington DC, to Jerusalem and in statehouses across America, Laurie Cardoza-Moore is a trusted ally to Christians, Jews and people of conscience.  A soft power leader changing and challenging institutional bias, Laurie works across the spectrum of educational, media and legislative sectors.  Laurie invites you to join and share PJTN with your family, friends and community.

November 2, 2017 is the 100 Anniversary of the Balfour Declaration 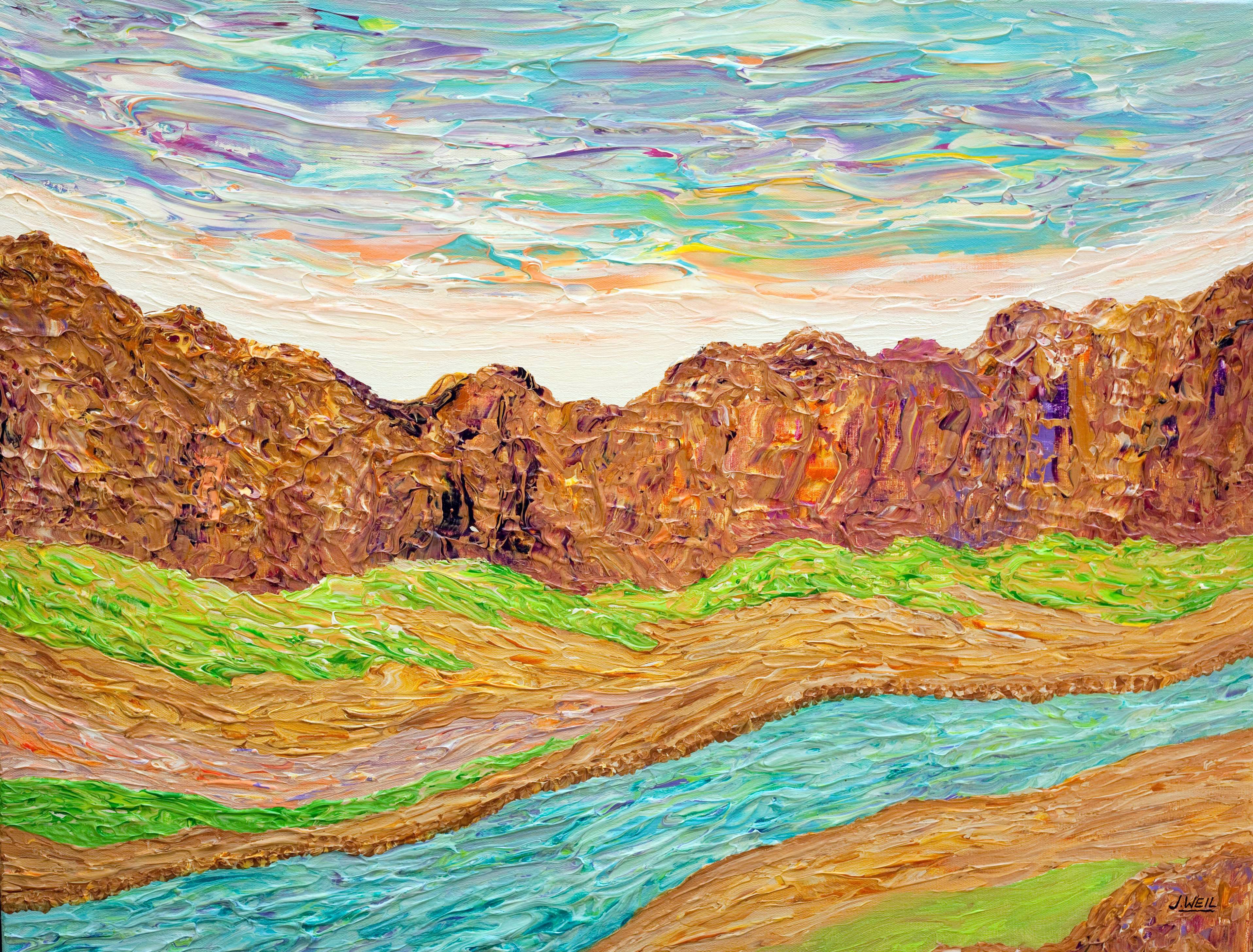