“I will not bow down to fear.”

On Saturday, September 27th, I participated in the ALS Walk to Defeat ALS at Lipscomb University.  The experience was surreal to say the least.  Upon receiving our tee shirts, a lady who walked in with me shared that her 30 year old nephew was just diagnosed with ALS six month ago and although he is experiencing very few symptoms at the moment, he was basically given a death sentence.  She asked why I was there and I shared with her about “The Eagle.” If you read that blog on this site you will understand more…

After she heard my story about a brave man who like Daniel in the Old Testament “did not bow down to fear” and whose symptoms left him for nine years…she began to cry. I  shared with her that Jack Weil  went from a devistating 185 to 130 lbs in 2003, (at 6’3″ tall ), when he could not speak or walk to a  a major medical university which  gave him a similar diagnosis as her nephew, ALS.  At that time, he chose to surrender to Jehovah Rapha, his HEALER.

By 2007 he was back up to 185 lbs, speaking, running, biking again and lived a full and independent life. How did he do this? Some of the resources which helped him to “work his program” are provided below. His  story about a man who Lived Listened and Loved Unconditionally was recently published and is included in this publication: 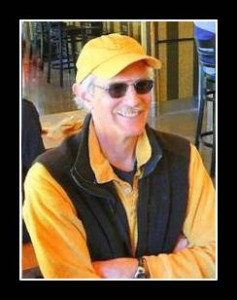 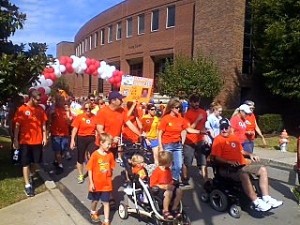 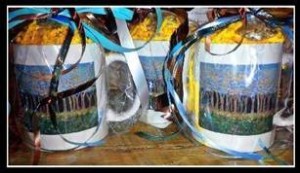 “Our God. . . is able to deliver us from the burning fiery furnace, and he will deliver us out of your hand, O king. But if not, be it known to you, O king, that we will not serve your gods or worship the golden image that you have set up” (Daniel 3:17-18).

The response of the men in this Bible story  is rather amazing in light of their circumstances. Basically, they said with confidence, “God will rescue us. . . but if He doesn’t. . . we will not bow down!”  It is this conviction that motivates one’s choice to say… “I will not bow down!” instead of living  life in perpetual fear.

Coffee mugs come in all shapes in sizes. Some mugs come tailored with the logo for your favorite sports team. Others can be a special souvenir from a family trip. Some even have computerized images of beloved grandchildren or other special relatives on the sides. While these simple vessels for java may not seem important, mugs can mean far more than their designed purpose to deliver coffee into the mouths of a morning’s groggy inhabitants. At various locations across town, a series of mugs has been produced which bear the artwork of a man whose paintings reflect the impactful life he lived. The painting “Radnor,” by deceased artist Jack Weil, can be found on a collection of limited edition coffee mugs at locations in the Davidson and Williamson County areas. Such vendors as Miss Daisy’s Kitchen, LOGOS Bookstore of Nashville, St. George’s Bookstore, The Produce Place, the Granny White Market and Something Special carry the specialized mugs, whose profits go to a charitable cause. Weil, a longtime Nashville businessman and artist who owned the family-run Mercury Supply Company, had a love for painting. Over the years, Weil would paint for pure pleasure without much attention from others, always giving his works away without a penny to show for it. However, behind the scenes, the artist was battling ALS. Amyotrophic lateral sclerosis, also known as Lou Gehrig’s disease, is a neurological ailment that can affect 30,000 Americans at any given time.

Weil struggled with the disease for nine years, but he was able to endure the symptoms enough to live a full life. Even though he died in 2012, ALS was not the cause. Whole Foods held an art show in Weil’s honor after his passing, which made people aware of his talent. Miss Daisy King, of Miss Daisy’s Kitchen, was Weil’s neighbor, friend and admirer of his work. King had just opened a coffee bar at her restaurant and thought it would be a good idea to put one of Weil’s paintings on a coffee mug, with proceeds to be donated to charity. King collaborated with Lucy Clay, the love of Weil’s life, to bring her idea to fruition. “Radnor” was chosen because of its local connection. So, Weil’s memory lives on through the mugs. A portion of the proceeds from the sales will benefit The Simplicity Project Wellness Initiative, an organization dedicated to aid those going through end of life issues. “The coffee mugs are truly a piece of art,” King wrote on charity’s website. The mugs are coupled with birdseed, which are symbolic for the positive seeds that Weil sewed in life. Ralph White, of LOGOS, describes Weil as a talented man who enriched many lives. “Jack was a bit of a renaissance man, in a sense that he had a broad array of taste,” White said. “A very, very smart man, and very talented. He was quite passionate about his work – his painting, and he lived a full life. He loved well, and he tried to make a lot of people happy, and he fabulously succeeded at that.” To Clay, Weil’s legacy is preserved through his art. “People are still continuing to remember this man who lived, listened and loved unconditionally,” Clay said. For more on The Simplicity Project Wellness Initiative, visit the organization’s website. 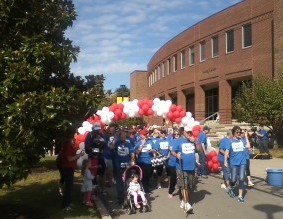 Will you take the next step of faith?

This is my Ice Bucket Challenge..

(fyi, mine is a little bit different and not the typical 30 seconds so text is provided on youtube as an option!)

Lorrie Knox Carey was diagnosed with ALS 10 years ago but she is not yet exhibiting symptoms so others do not know, but she lives with the haunting words…A L S  every minute of every day. Her story is the reason I decided to move forward with this Ice Bucket Challenge. When she expressed how this outpouring of support brought ‘so many into her world’ I broke down into tears because this is how it is with all of those who fight that fight and I understood even more so  the  weight  of that  private battle which  Jack fought for many years until he shared it with me. It is such an isolating and devastating “prognosis” that to either chose to give those words power over you OR to walk by faith and not by sight requires strength, will, determination and courage. Thanks to this amazing response  and SUPPORT! THANK YOU, THANK YOU, THANK YOU.https://www.facebook.com/video.php?v=…

I think this one may have been the most difficult for me because his mind is still so sharp just like Jack’s and his will to live did not waver.Click on the link for this one: http://www.faithit.com/simply-the-mos…

Jack Weil was confident there would soon be a cure for ALS. He had every intention of continuing to “work his program” until that time came.

The names below are some of the healing resources Jack incorporated into his everyday life.

Healing through the vibration of sound based upon frequency – Tonoscope 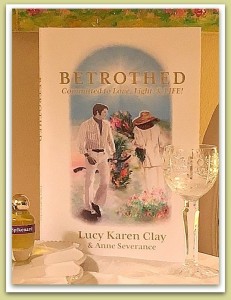 During a 30-day period summer of 2014, The ALS Association received more than $100 million in donations