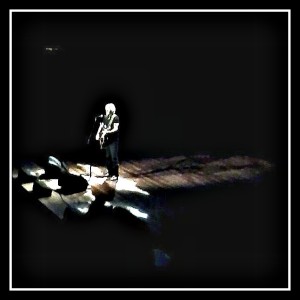 “He saved my life.  This is a religious experience for me and I feel like I am in church. The Ryman is where I came when I first got to Nashville and where it all happened.”

Kris Kristofferson received the Poet’s Award in Nashville, TN on September 9th, 2014.  Then, on September 13th, he gave an outstanding, personal and emotional performance again at the Ryman Auditorium. His humility is articulated in his songs like, “Why Me Lord?”  He boldly and unashamedly professed his faith in Jesus Christ who saved him from a life which was taking him down roads leading to hell.  He then raised his hands and exclaimed, “He saved my life!”  The audience clapped, began cheering and then, the lights came on across the auditorium.  It was a moment of overflowing joy…

He is a legend who is respected by all ages and walks of life.  How refreshing when one dedicates his life to finding and seeking truth, then, declares it!  Our paths have crossed on a number of occasions and each time he was humble, kind, and respectful. He is an unassuming artist who is grateful for what God has done in his life.

While downloading a few pictures from the show, I noticed what appeared, to me, to be a “cross” both in front of and behind him.  Seconds later, in the background from my television I heard Bill Gaither’s voice saying, “Now I would like to introduce George Beverly Shea singing “The Old Rugged Cross.”  Wow…

For the next few minutes I studied the photograph more carefully while listening to the words of that beautiful hymn.  I then began to adjust the lighting and as it became brighter, Kris’s face was less descriptive but the cross shined more clearly. When we die to ourselves, He lives within us and others can then see the light of His Presence which is unmistakable.

A picture is worth a thousand words…

“I have come that you might have life and have it more abundantly.”  John 10:10 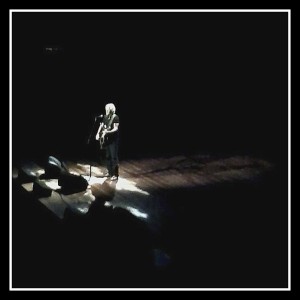 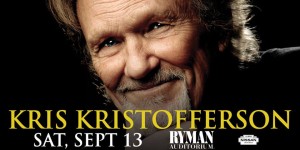 His testimony is shared at this link while interviewed on the Ralph Emery Show.