Interesting to note that one year ago on November 21, 2014, the photograph of Jack at the Eiffel Tower was made public at the first printing of

Charlotte Lives! Because He Lives I Can Face Tomorrow by Lucy Karen Clay 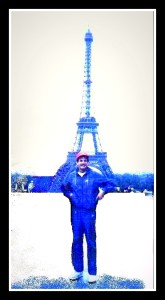 “It’s not just our interest. It’s not just our values that are under attack. It’s your interests and your values.” [Full text of Netanyahu’s speech at the UN General Assembly | The Times of Israel: http://www.timesofisrael.com/full-text-of-netanyahus-speech-at-the-un-general-assembly/#ixzz3FJG2BflD]

By Lucy Karen Clay with Anne Severance
From BETROTHED: Committed to Love, Light & LIFE!
If one life can be saved or at least death not hastened, then The Simplicity Project will have fulfilled its mission.